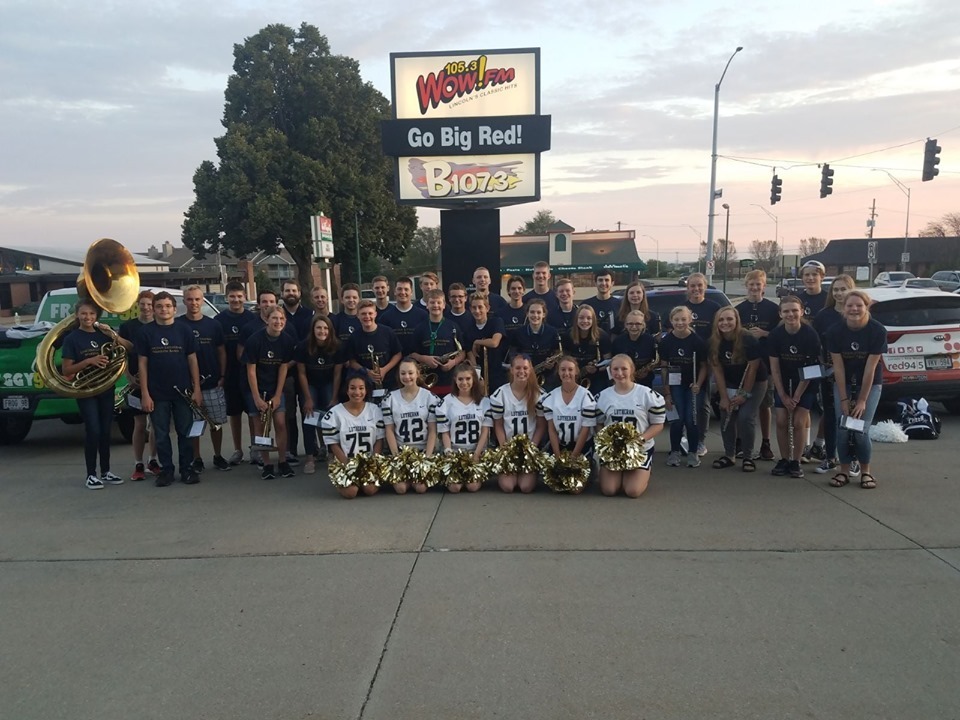 On Friday, September 20th, the LL Warriors High School Marching Band participated in the annual "Battle of the Bands" for local radio station B107.3's  "Gina & Joe the Morning Show". Under the direction of Lincoln Lutheran Band director, Michael Werner, the band played selections from their half-time routine made up of pieces of Disney Movie theme songs. The marching band was joined this year by the Lincoln Lutheran High School Cheer Squad as well as a group of parents who cheered them on.

The Warriors participated in the "Battle of the Bands" as part of the 2019 Lincoln Lutheran Homecoming Week celebration. Other Homecoming events included the annual "Sidewalk Chalk" sidewalk decorating by the High School classes, the Junior and Senior class "PowderPuff" football and volleyball games, Homecoming Court voting and culminated in the High School Dance on Saturday.