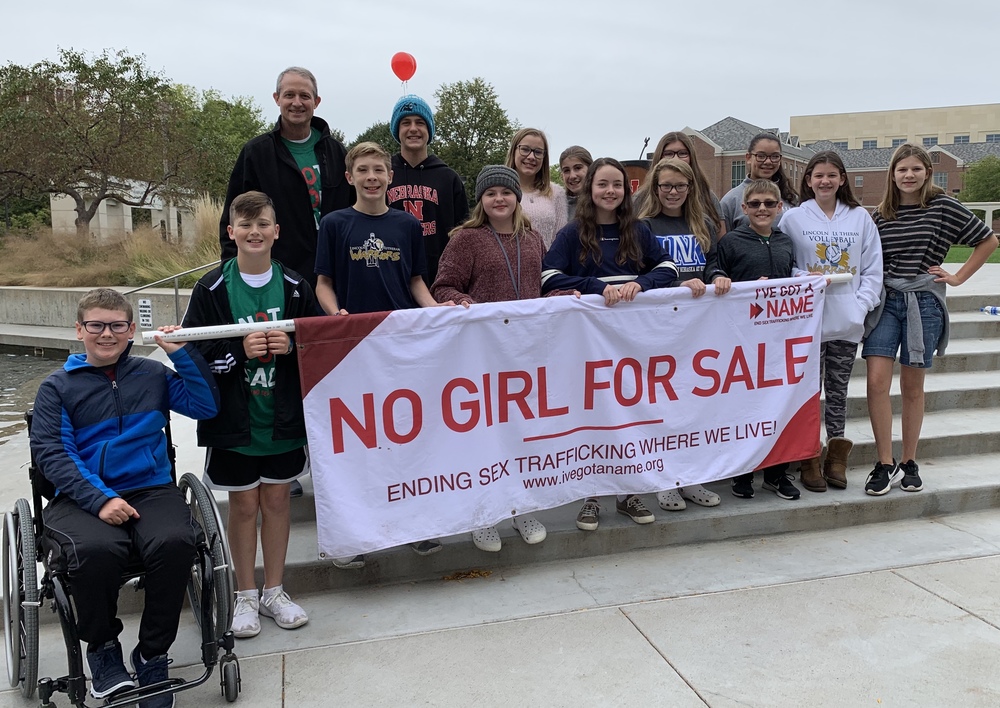 Fourteen Lincoln Lutheran 7th grade students participated in the I've Got A Name Walk For Freedom event on Sunday, October 6.  Participants convened at the UNL student union and then walked to the State Capital building.  This event drew over 400 participants this year!

I’ve Got A Name began as an event in 2010 to raise awareness and resources to fight sex trafficking in Southeast Asia through Tiny Hands International. The event was repeated again the following year. The combination of these two events resulted in raising funds to rescue more than 2,400 girls from the sex trade of Southeast Asia.  In 2012, I’ve Got a Name became a 501(c)3 non-profit organization when it changed its focus to sex trafficking here in the state of Nebraska. An estimated 200 girls per month are sold for sex in Lincoln each month.  I've Got A Name has helped change the lives of hundreds of women and girls in the Lincoln area.