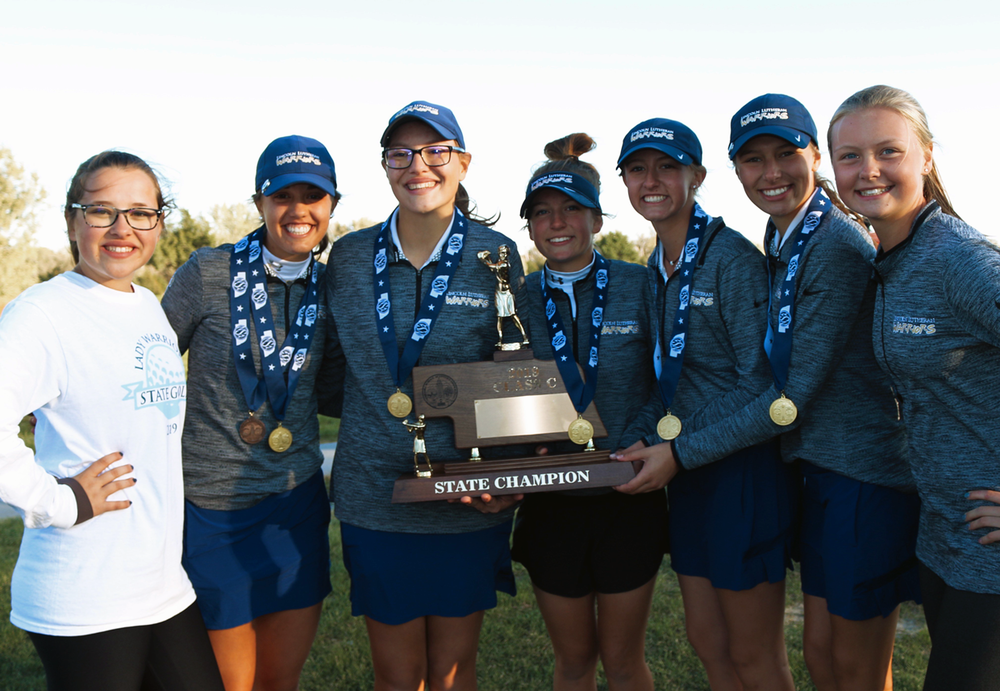 Lincoln Lutheran had two golfers shoot personal-best scores on Tuesday. Another Lutheran golfer, who had just taken up the game, gave the team a major boost on the first day. It all came together in the form of a state championship. The Warriors didn't let go of their first-round lead, and shot a 765 to win the Class C girls state golf tournament at Lake Maloney Golf Club in North Platte. Lutheran junior Grace Fahleson, who shot a 90 on Monday, came back and shot a personal-best 83 in tougher conditions Tuesday. She finished tied for seventh. Sophomore Rachael Volin shot a personal-best 90 in the final round and finished with a 185 for the tournament to place 16th. Senior Hannah Ernst, who started playing competitive golf for the first time two months ago, shot a 100 on Monday, which was a key score.