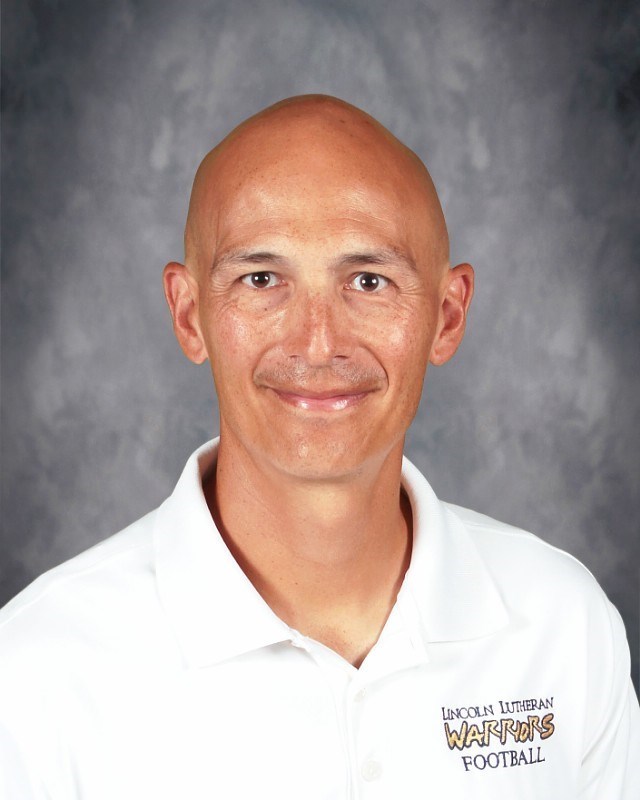 We're very excited to announce Mr Sean Wieting as our next Head Football Coach at the high school level. Coach Wieting brings a wealth of experience and knowledge as well a passion for Lincoln Lutheran and our mission.  All of these things make him an ideal person to be our next head football coach.  We look forward to seeing him lead the football program.  For those that aren't as familiar with Mr Wieting, here is more on his background:

- Graduated from UNL with a Business Administration degree.
- Played on the Husker football team and was a member of the 1994, 1995, and 1997 National Championship teams
- 2000-2009: was an operating owner for Samurai Sam's Teriyaki Grill as well as the National Brand President for the Kahala Corporation that operates Samurai Sam's starting in 2005.
- 2010: Obtained a teaching certificate and joined Lincoln Lutheran, serving as a 6th grade teacher
- 2010-2013: Assistant Varsity football coach at Lincoln Lutheran
- 2015-Present: Middle School head football coach at Lincoln Lutheran
- Other main responsibilities at Lincoln Lutheran include: leading the Community Outreach Leadership Team, organizing a student tutoring program, developing and implementing our new Mentoring program, and numerous other ways of developing christian young men and women.
- Has served as a Receivers coach for the Warren Academy since 2022